How to Draw Portrait Cartoon | First of all, portrait cartoon isn’t drawn with a cartoon pen, brush or digital screen! How to draw portrairt cartoon, the portrait cartoon needs to know to look and see. But it requires to see the bigger one, the more funny, the unknown. The drawing part is the work part of the work. If Two sides of your brain merge in your finger you can draw. Drawing is easy part of this issue.

So, if you were born as a portrait cartoonist, you need to mix people, objects, politics, society, beliefs, economy, love, hatred, anger. And to watch folks, sometimes with pain sometimes with smiling.

My mother had given me birth in a factory to become a slave engineer for life. but I became a portrait cartoonist of the streets… At the end l graduated with Atomic physics, strength of steels, analytical chemistry, physical chemistry and engineering mathematics.

I worked in fields for years, as my mother’s compulsive hero, such as casting, pipe, welding, sometimes at 75 meters, sometimes at 2000 degrees.

Then one day I left the jacket and everything and went out the door, engineering finished. I was a cartoon which is the painful comic in the center of the street. I’ve discovered something different while I’m on the way to discovering a new material. I should have been a writer, drawer, traveler.

I tried to find my art in newspapers, magazines, canvas, toilet after this l found myself as a pile in the center of the street. Like a pile of paper including chemistry, math and pencil. I was drawing the people like a sidewalk engineer in the middle of the street. I had been drawing portraits, they were laughing and I was suffering because every human being was a separate world and every human being is a birth pain. 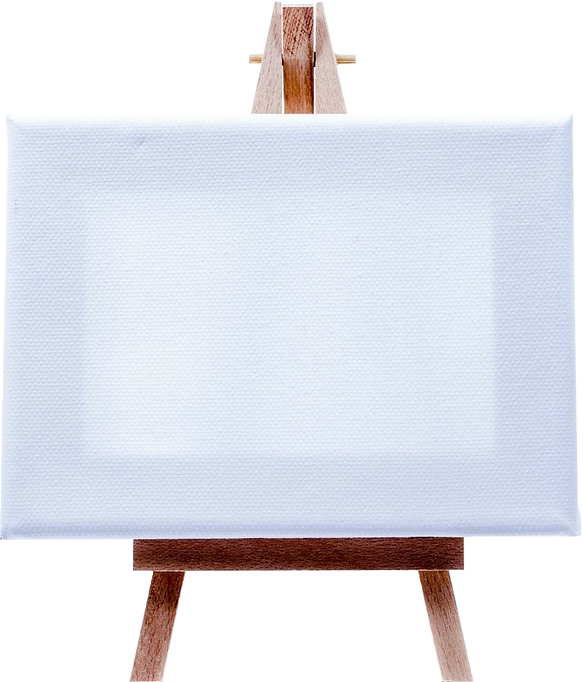 To be artist was difficult in art, no night no day work hard, there was a lot of stress. I had the most stressful days of the weekend when other people were resting. But the even pain of art was also beautiful and I was very happy.

The three rules of the street are sun, wind and rain. In fact, if you’ve come out of the four walls, the street laws apply. It doesn’t matter if you’re in the forest, at sea, on the street. It mercilessly blows the rays of the sun to your face. You can’t see you are blind. The wind blows away everything your hair is like your sunglasses. It would be so uncomfortable that sometimes you prefer to be at sun surface rather than wind.

Living on the street,

On the street there is no blessing in the rain, rain is disaster. If you dont have cover you melt away from the sidewalk grids to the underground world. It is a loneliness. No ink can swim in the rain, no eye can see in the sun and no hair can stand still in the wind.

Street laws are brutal while portrait cartoon drawing. But no matter how fast the winds blow, it can never take the sidewalks. So I liked the street and real portrait cartoon art can perform in the Street.

Just as wild nature, like the lion chases tiny gazelle to eat, in the street powerful crushes  powerless. Where only the lucky ones survive. Someone pass over by sinking their sharp heels into the pavement, their well-groomed dogs are cool and someone shuffles the garbage, looks more filthy than the garbage. They are in the struggle to find a hygienic cardboard.

In fact, nature and savages are more compassionate than man. Each animal has the right to have shelter, nutrition and reproduction, but if man does not have money he cannot be fed, sheltered or loved.

And the street will never forgive, no mercy, it destroys which is not the best. Ignorance in the crowd and the eyes of the devel behind you are waiting for your hand to slide,   They put their nails to your back when drawing cartoons.

The legal serial killers of the street look for their victims in blue jackets. Peddler, installer, seller what they find, they do their duties. You should look them evasive and shy. Act as if they are not here while you are doing portrait cartoon. Because you’re an artist, they’ll try to not to see you, but you’re still scared. Although I don’t call myself an artist, but they do not touch me becouse l am the artist. They do their job and you do the your job. Do your job becouse even the pain of art is sweet.

How to Draw Portrait Cartoon: Everybody is another world,

The river of humanity never stops on the street, but nothing changes they can not move even a small rock and a small pavement, they cannot leave any traces except a few. In other words, they are so big headed that the portrait cannot reach them and they walk like small mountains. But portrait cartoon doesn’t make distinction it deviates all of the faces.

The human river is thousands, millions people, but only a five of them leave ink trace on the white paper of the caricaturist. They leave a mark on you as well as a portrait cartoon where you leave a mark on the World.

How to Draw a Portrait Cartoon,

How to draw portrairt cartoon, and the street will never be empty, but there is plenty of free time. Already a human being borns as a portrait cartoon in 5 minutes when the pen and paper combined. In the remaining time you watch people and do it by dreaming like a nap in the afternoon. They do not understand, but drawing portrait caricature in the street is the most difficult task after heavy industrial work.

You get so tired that your mind doesn’t move in your brain. But it’s hard to be in your spare time because it’s your job to produce it. After you have given birth to another human being, the time is up. Thinking, dreaming is free. Only portrait cartoon with money.

How to draw portrairt cartoon, the Street is the dried-up riverbed of the valley surrounded by apartment buildings, where there is only something blue is sky and I can’t stop thinking. They can not close the open sky and they also cannot not stop my thinking silence thinking.

A lot of Leisure time and empty thoughts in your head… But moments of inspiration last few seconds maybe less. Suddenly a melody rings in your ear, a few words are arranged in verse, cartoon is already your business. Moments of ryhtim divine are between these shifts.

Every sides of the street is yours in a sidewalk corner, beautiful articles to write, drawing cartoon without appearing to legal guards. On a bench you can make black pencils, on the top of a tree, you can make bicycles for children by steel wire. Here is the street, a state door without insurance, to write, to draw, to produce.

There should be art on the street, not the drug users, not the bitches, not the robbers. The street is the first and last port where the artist can take shelter, and if there inspired your sail, did the people love you the biggest newspaper, the greatest fame is nothing. And I suffer in Istanbul due to not to have art streets like Moulin Rouge and San Marco.

And retired men love streets they come to you when they walk in their endless spare time. It was a bit of an artistic lure, and you’ll listen to a huge, endless, old, retired life.

Pavement, garbage and insane crazy people are constant parts of the Street. All kinds of people smart, aducated pass unnoticeable in their own World. Mafia, drug users, drunks pass as a plane tree in the desert, extraordinary, imposing and arrogant circulate. You draw them as a portrait caricature in one hand rose in other hand a gun.

And flies are the worst, most rogue, most chattering, liar, debaucher. They give you  more pain and distress than people. They turn summer evenings to hell by drilling on your oily body. 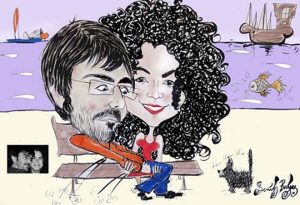 When the sun is hidden behind the earth, those who hide from the sun come out into the streets. Them; they are drunks, insanes and dwarves. They have a spooky image,  in disassembled clothes, they talk to themselves. They’re always unconscious, they come to the Street everyday to same place at same time with their clothes in dirt.

They clean The saliva flowing from their mouths and clean up dirt, rust on them. They have terrible faces, reckless attitude, but no harm to anyone despite their disgusting behavour. They go crazy on their own and live on the street. They get used to it, people get used to them and in my free time they get free portraits in my scetchbook.

However, it is useful to stay away from them because no one will approach the nearest 10 meters to where they are located. So you lose your costumer. Crazy people want a little more insane, drunks always want money.

How to Draw Portrait Cartoon: Love in the street,

The air you breathe on the street is life, but the devil in it that, is the wind never fades. Sometimes it’s refreshing, but most of the time it leaves your papers, pencil, shop never leaves you alone even for two minutes. Any kind of wind drives you crazywhile drawing portrait cartoon.

In the evening, a few laughed people, a few caricature head, a few cents, a few books, a little portrait caricature was sold is enough to be happy. Even the general manager would not finish such a work.

No matter how fast the winds blow, it can never break your hair so I always like portrait caricatures and Streets.