Step by step, cantimeter to cantimeter folks have confused minds like vicious circle. People, what to believe, to whom. Mother in the war of existence and like embroidery riasing a child. The father is in trouble with his livelihood, that is the people are in the thoughts of octopus sleeves, The vicious circle is constantly rotating. Someone is a putschist, someone is an antidemocrat, with hair scarf, someone open, on this side, on oposite side. Ambient is a conflict, a medium of defeat… Whose hand is in whose pocket? Who have rights democrat pharaohs or aristocratic socialist? Neither the atomic physicist nor the political scientist understood this ivy run. 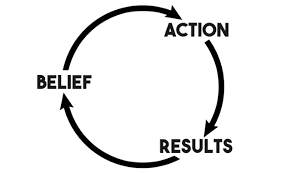 Our truths are going through the lathe, what we believe is pressed and changing shape. Those who saw everything as a tool to reach the goal themselves became the tool of global goals and the public was deceived again.

The same cycle is spinning over my country, dizzying again, confused again. The people are deceived by money, religion or national feelings with the support of global powers, and they come to power with a thousand hopes. In the first period everything is beautiful, money is hot, pink tables are drawn, stability is not wrapped like steel, and goverment is supported for a more solid future one more time.

Then, when mutual interests are over, global capital, hot money become frozen ices. Our good day friends two-faced west world disappears and my country swings with a deep collapse again. Then the bombs explode on the top of the innocent people and again chaos … Then my people, who do not run their minds, curse the power, like a lover who left it.

Then a new savior is produced, and we get caught up in the wind like a hero out of Hollywood movies, and when the cycle is over, those who grow it up give a trip. Whoever folks who believe is always deceived. 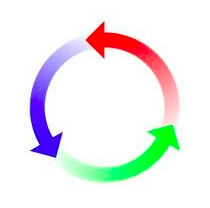 Eight years, this rotating cycle, a crash and a resurrection in my country. As misery and ignorance persists, the loop turns like a ferris wheel. Only Allah belief  was the one standing in the public heart, but deceiver with God slandered Allah. And my country returns to the cycle of misery, crisis and exploitation every eight years.

Our people will read, develop and change and think deeply in order not to be deceived again. Otherwise, the cycle of deceit and collapse will stop on top of us.

Our people will read, develop and change and think deeply in order not to be deceived again. Otherwise, the cycle of deceit and collapse will not stop on top of us.

Eventually, God and the people will win. The peoples who are deceived by fake gods definitely get their rights one day. We are waiting with a painful stand for God to win.

When l am lost and confused, Please My Lord keep our minds and belief and keep us straight and keep our mente!