Muslims and real islam | Now days, are our sweet muslims and real islam same things? l dont think so. Their undeveloped countries do not have a chance to live 50 years from now. Islam is islam, it will never be changed. But our capability for understanding of Kuran will be change forever!

Even the faith of societies is lie, It means who do not read a book a year, are Muslims from their ancestors, drink the blood of each other, become a slave to a cruel and become slave to an ignorance, do not share the wealth, do not have heart, do not operate their minds, with deviated heart and follow ONLY the verses which can be interpreted.

Of course, only God knows the future. We only guess, with our own inspiration.

Other religions, which contain many contradictions and scandals, are much more common and powerful than Islam. They have a civilization far ahead of our Muslims. And the quran is shown as the handbook of ignorance and terror. You ask why?

Because those who once learned medicine and math from our ancestors are now selling us smartphones. And while the son of the Jhon went to Mars and put the people here to sleep with crisis stories, we still could not get out of the Ottoman harem. 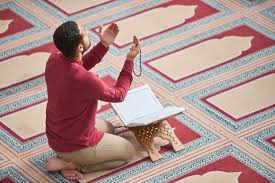 Yes, one day the whole world will understand the truth, but it will not be thanks to Muslims. It will happen when the sovereigns realize the truth with a divine inspiration. Fortunately, our reassurance is the word of God, “We have sent it (Quran) down an we are who, will protect it.” The fact that the Quran is the truth of a miracle.

Who dominates the future?

We have to look to the future, the west are living today with calculating the next fifty years. We are who are muslims missed Development train and we are living with balloons. Our job in catching the west is very difficult and our only salvation is to understand and tell the truth in the Qur’an. 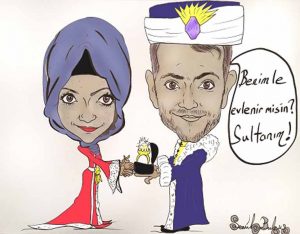 If Islam could spread with the sword, all Europe would be Muslim now, and they would not have called us barbarians. Never mind, spreading Islam with knowledge, morality, Muslims are becoming Christian, we are not even aware of it. Worst of all, there is no sincerity in the head cap, in the beard being extended, in our pray and in our belief!

Who has the fault?

If we dont read and operate our mind if we obey the exploitation of modern religious bigots, in the future will not be sincerely good people and  the true Islam. So geography changes, the map and the brains change then a new religion and a new nation come. The task of those who read, write and draw is to tell the truth. Otherwise we are not a guard for everbody. Societies that do not make work your brain are doomed to extinction. We will meet us for what we do with our own hands.

For our sweet muslims and real islam; Hopely god blesses us!

Please our Allah, protect all of good people from the persecution of the cruel and ignorant people! Death is an answer for questions without answers!